Whitefly, Bemisia tabaci is a polyhagous pest infesting wide variety of crop plants, weeds, ornamental plants etc. in more than 82 countries including India. It causes significant direct damage to many crops through desaping and indirectly by transmitting number of plant viruses belongs to Geminiviruses. Plant virus transmission efficiencies and host preferences of various genetic groups of B. tabaci have been reported to be significantly varying which will have consequential implications on seed and commercial production of crops. Therefore, it is essential to determine the population genetic structure of various genetic groups of B. tabaci and their transmission efficiencies with respect to begomoviruses in various crops across India. 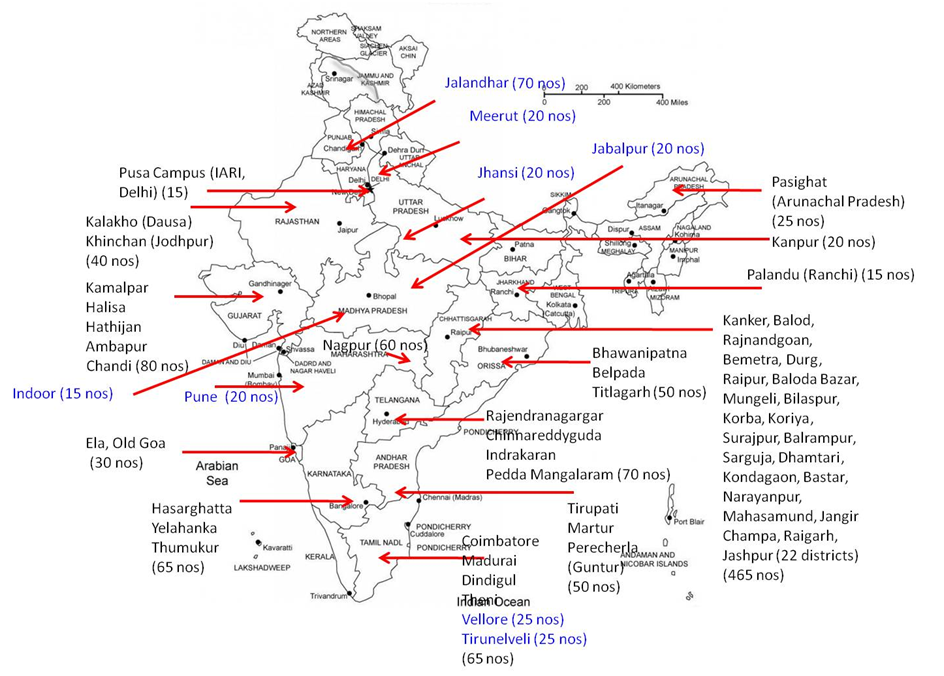 Figure 1. PAN India survey for collection and identification of genetic group of whitefly

Genetic group names were assigned based on the similarity with the reference sequences reported across world. A total of 11 distinct genetic groups were identified in south, central and few north Indian states (Fig. 2). We reported three new genetic groups, Asia II-3, Asia II-6 and Asia III from Chhattisgarh, Andhra Pradesh and Maharashtra for the first time in India. Asia I mostly recorded in central and northern states while Asia III was recorded exclusively in Chhattisgarh and Andhra Pradesh. Asia II-7 is widely distributed in South and Central India. However, MEAM-1 most popularly known as Biotype B has been widely distributed across the regions. 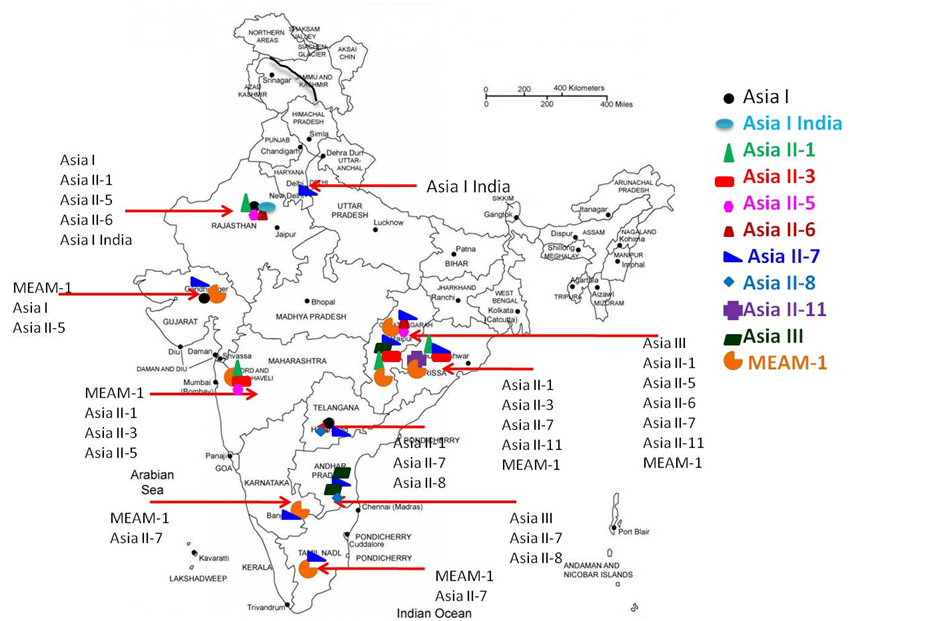 Native biocontrol agents are potential to manage Lepidoptera pests. Egg parasitoids especially Trichogramma spp., belonging to the order Trichogrammatidae reported over 230 species are widely used to the biocontrol of eggs of over 200 insect species of moths and butterflies pests of crops. The sentinel Corcyra egg trap card were tied in 63 places in 18 crop and non-crop ecosystems, belonging to 22 districts of Chhattisgarh during 2019 (Fig. 3). 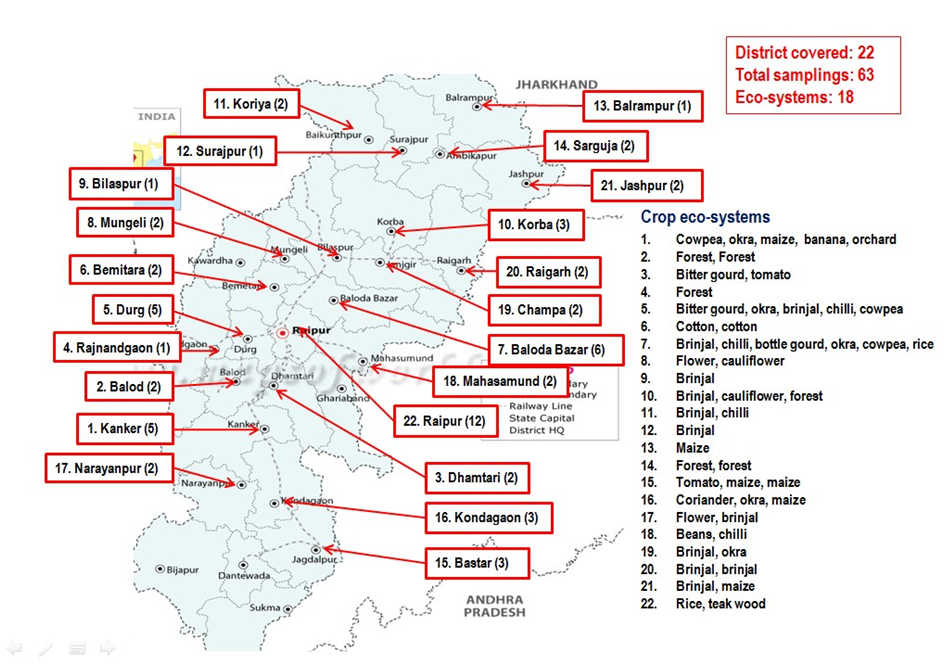 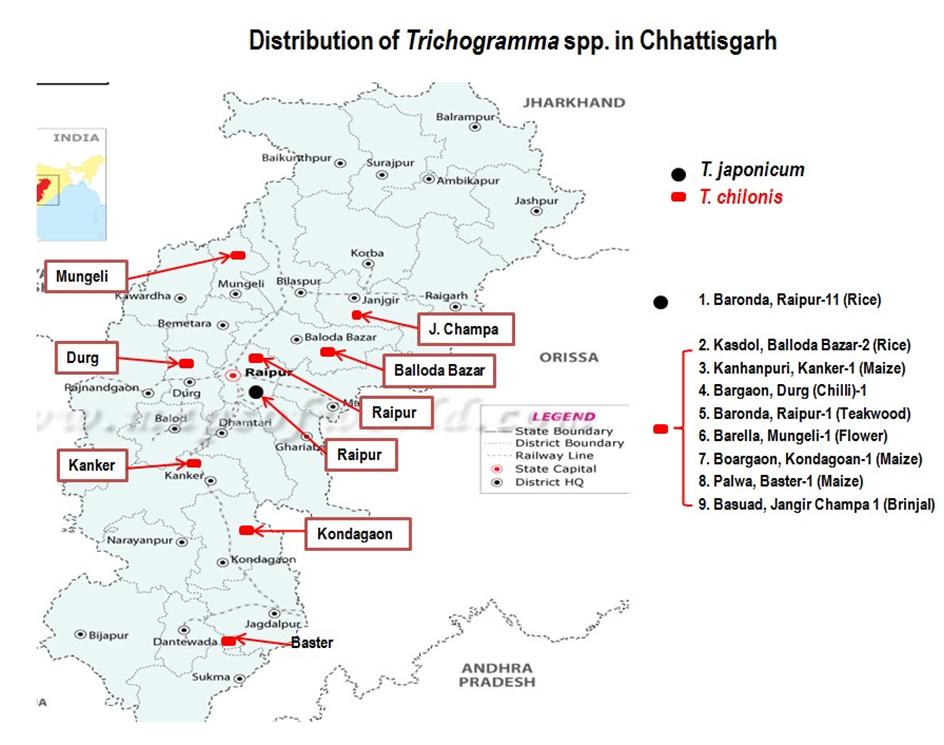